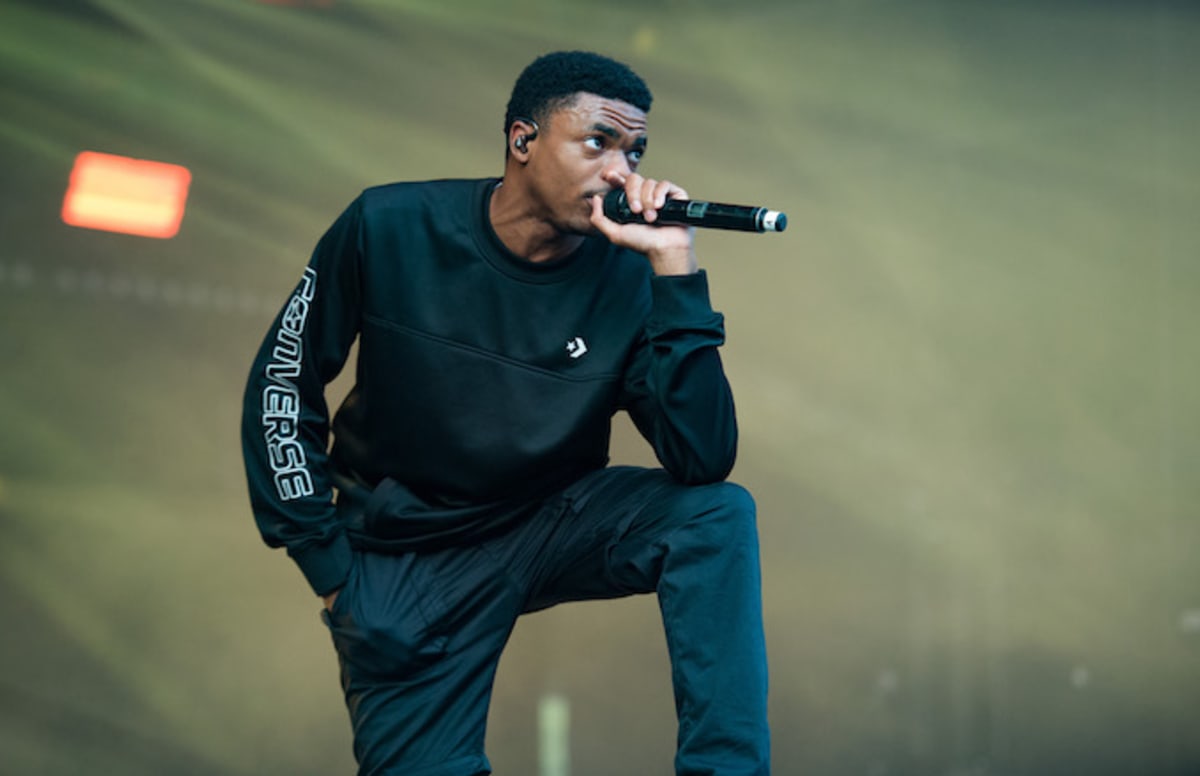 As hip-hop continues to branch out into so many genres, 2018 will go down as one of the best years for music. Between the anticipation from veteran rappers and the abundance of rising stars, hip-hop has grown faster than we could have ever imagined. With about three or four new projects dropping every week, so much has went under the radar. As we wrap the last week of the year, we take a look back at some of the most slept on albums that did not get the love it deserved.

FM! was the Compton rappers third studio album and he did not fail to turn some heads. The 11-track album is broken down into a warm introduction and skit from West Coast radio host Big Boy, an interlude both from Tyga and Earl Sweatshirt, and seven well composed songs from Vince himself. The album peaked at only #37 on Billboard’s Hot 200. Although Vince hasn’t hit the numbers he deserves, FM! solidifies his campaign as one of the most complete rapper in 2018.

I’m going to keep this one short. If you actually like real  rap and don’t listen to Lupe, then you need to do yourself a favor and go bump this NOW! Time after time Lupe just gives us endless bars and A+ content. I know he isn’t a main stream artist so he might never do the numbers of his peers, but this album deserves to be recognized as one of the best in 2018.

I’m still unsure why this went under the radar because of Jadens large following. One year after the release of his breakthrough album Syre, Jaden drops Sunset Tapes: A Cool Tape Story hoping to get the same recognition. Peaking at only 117 on Billboard’s Hot 200, this project failed to reach the numbers of Syre. Since it was released as a mixtape, the marketing budget was relatively low which explains the low numbers. But that did not stop good music from being made. Jaden delivers a mixtape full of variety and essence which makes it one of the most slept on albums this year.

I know, I know…. F**k Russ. Right? Well maybe not. Whether you believe it or not, hip-hop’s favorite villain is actually one of the most talented out. Not only does he generate great lyrical composition, but he also produced, mixes, and masters his whole album start to finish. But aside from the noteworthy accolades, Russ gave us one of his best pieces of work this year. Zoo reached #4 on Billboard which was well deserved. While his  enormous fanbase was able to appreciate this album, the hip-hop community as a whole did not. So if you still think “Russ sucks”, now might be the time to start listening.

For a non mainstream artist, Jay Rock has been fortunate enough to compose a great album filled with A+ features. With both J. Cole and Kendrick on the tape, it’s surprising that this album went over everyone’s head. Aside from features, Jay Rock delivers eight solo songs where he shows his true talent. The west-coast rapper accumulated a good amount of streams but his standout single King’s Dead was streamed twice as much as the rest of the album added together. Overall, the album didn’t do bad but it deserved more recognition; especially his song with Jeremih.

16 year-old rap star made his way onto the scene with his hit single Noticed which dropped around the summer time and exceeded 350 million streams across all platforms. A couple months later he released his debut album Northbest and it was fairly impressive. For someone that seemed like a one hit wonder, Mosey proved everyone wrong. Unfortunately only two songs on the album made it to the charts, but as overall every song was pretty good. As Mosey gains more clout, I think people will eventually realize the talent he has.

This was a tough release for YG because of the release date. For some reason his management decided to drop his album on August 3rd which probably explains the reason why it did not sell/stream much. The day it released Stay Dangerous was accompanied by both Travis Scott’s Astroworld and Mac Miller’s Swimming. With that being said, the numbers don’t mean nothing because this was YG’s best project since his debut album. YG arrives with the same swagger he always has when you hear that  “Mustard on the beat” ad lib.

Mick Jenkins – Pieces of a Man

Many people still have not realized the potential of Mick Jenkins, but his latest album deserves so much recognition. Growing up in Chicago, Mick Jenkins gives us an authentic experience of life from his point of view. The central theme of the album questions some of the on going issues in ones life.  Covering a wide range of his emotions and thoughts, Mick Jenkins creates a smooth flow to make listeners bump their head while hearing something other than iced out chains and foreign cars.

After four years since his last album, T.I. dropped Dime Trap and he did not show any signs of being washed up. The album was originally in the works since 2015 but due to underlying issues, it did not release until October of 2018. I am unsure if the tracks were recorded three years ago but either way T.I. came with some heat! Most of the songs give off classic ATL vibes similar to What You Know. The production and features also deserve recognition because this album was very well put together. The rap veteran was only able to sell around 32,000 and I feel like that is just a little too disrespectful for someone that has gave us so much.

Since Caroline blew up, Amine has found it hard to repeat the level of success. With only one song making it to the radio, this album was very underestimated. With 13 tracks on the project, I’d say only two of the songs are below average. For the most part this album has a lot of good music and deserves some more recognition.